Sunchasers, we’re glad to debut yet another edition of STYLE EYECON of the month with none other than the bedazzling Iris Apfel. Interior and textile designer, cast in her most deserving role as a fashion icon, she’s a true inspiration of flamboyance and untamed manifestation.
Known for her eccentric approach to personal style, you won’t spot Iris anywhere in casual attire. She’s always decked out in flashy patters, bright lipstick, and, of course, a statement array of bold, thick-rimmed, oversized sunglasses. 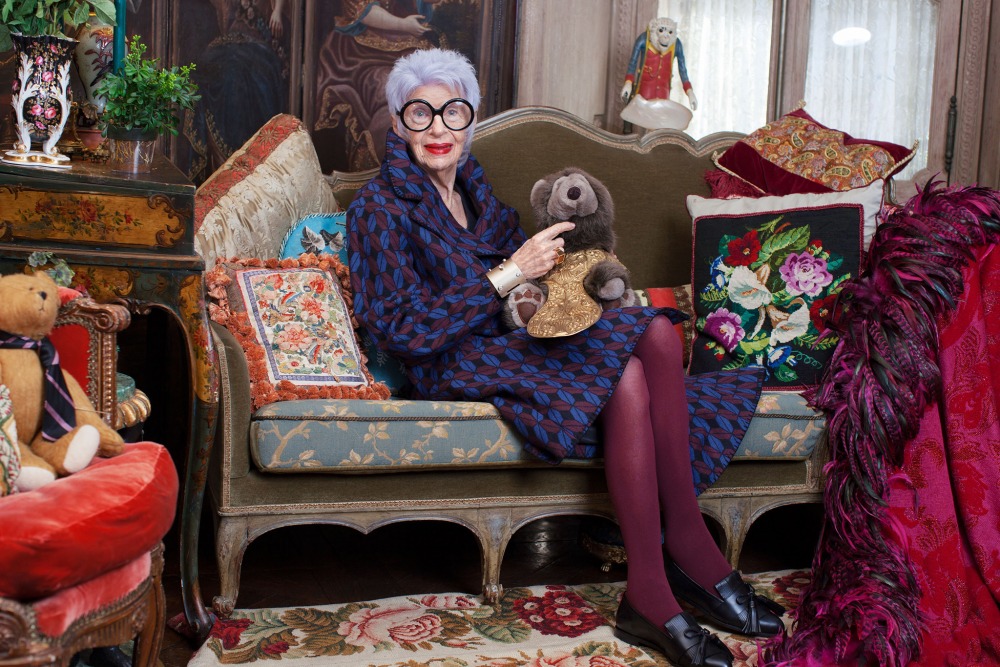 Short bio: Born Iris Barrel in Astoria, Queens, New York, Apfel is the only child of Samuel Barrel, whose family owned a glass-and-mirror business, and his Russian-born wife, Sadye, who owned a fashion boutique. She studied art history at the New York University and attended art school at the University of Wisconsin. As a young woman, Apfel worked for Women’s Wear Daily and for interior designer Elinor Johnson. In 1948, she married Carl Apfel who is her husband to this day. Two years later, the couple launched together the textile firm Old World Weavers, running it until their retirement in 1992. During this time, she was involved in several design restoration projects, including work at the White House for nine presidents: Truman, Eisenhower, Nixon, Kennedy, Johnson, Carter, Reagan, and Clinton. Her standout sense of personal style is proof that she has lived an exotic life, filled with colorful adventures. She spent most of her lifetime seeking out inspiration in the most secluded places, while pit-stopping along the way to feed her shopping addiction. 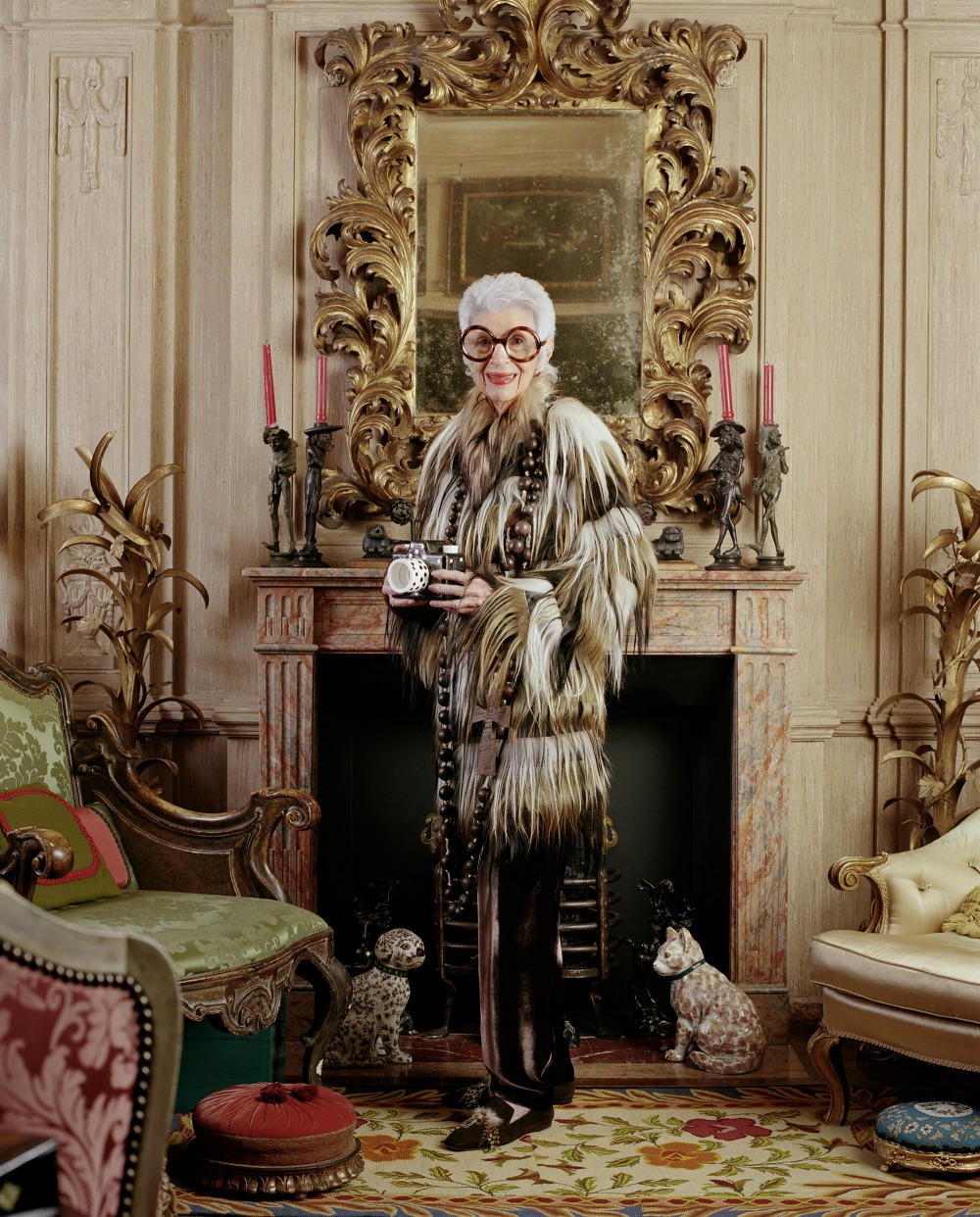 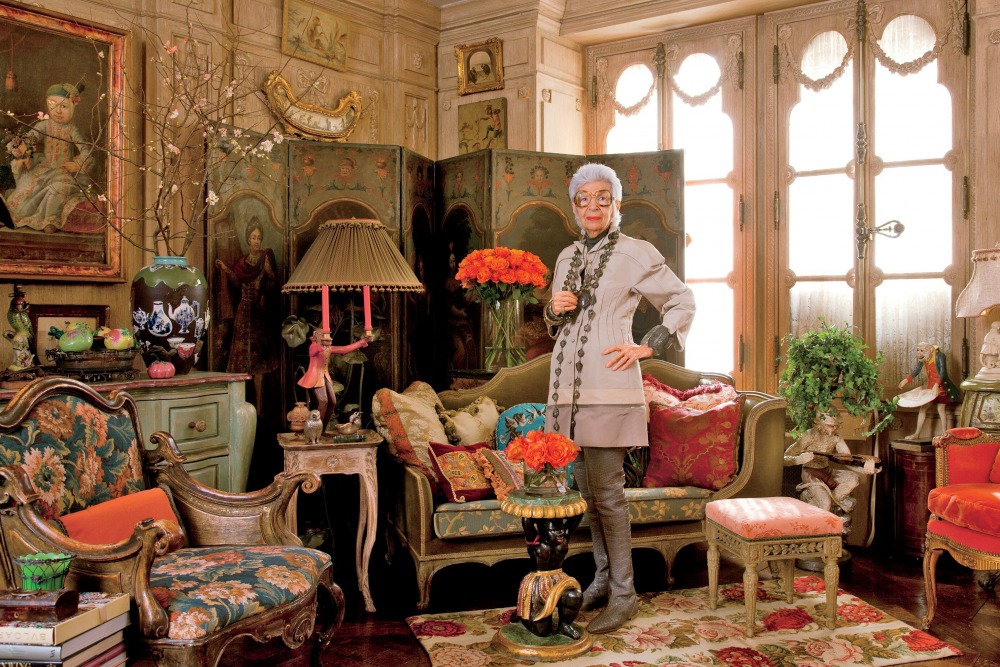 Over the years, she's been the subject of a coffee table book , the star of several advertising campaigns, and had a fashion exhibit  dedicated to her at the Metropolitan Museum of Art. The exhibition's upbeat success, organized by Stéphane Houy-Towner, prompted an initial traveling version of the exhibit. And to top it all out, filmmaker Albert Maysles of Grey Gardens made Apfel the subject of one of his marvelous documentaries.

It's impossible to hear Iris Apfel's name without conjuring up images of the 90-year-old style icon's oversized glasses, which, along with eclectic jewelry, have become her signature feat. Known for her stunning accessorizing skills, Iris found her first frames in the flea market: ‘I found these large rims and I thought, God, they're chic, and so I bought them. And I used to wear them without any lenses, just for the heck of it, because I thought they were such fun. Everybody admired them, so when the time came that I needed glasses, I put lenses in them. People would ask why they were so large, and I would reply, 'The bigger to see you with.' And that was that.’ - source

We’ll leave you to one fetching thought: Apfel's been collecting jewelry and all sorts of accessories ever since she was eleven. Now that she's well into her nineties, just imagine what treasures her chest of drawers must hide. 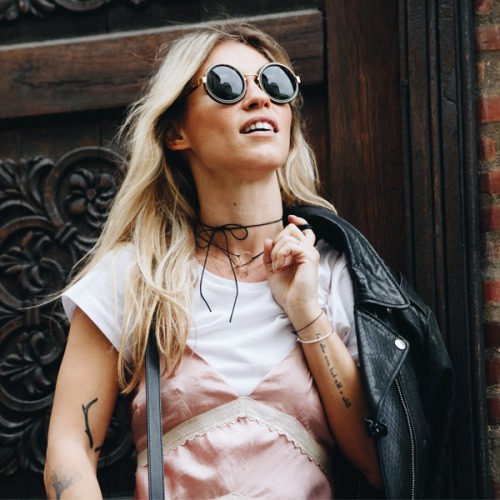 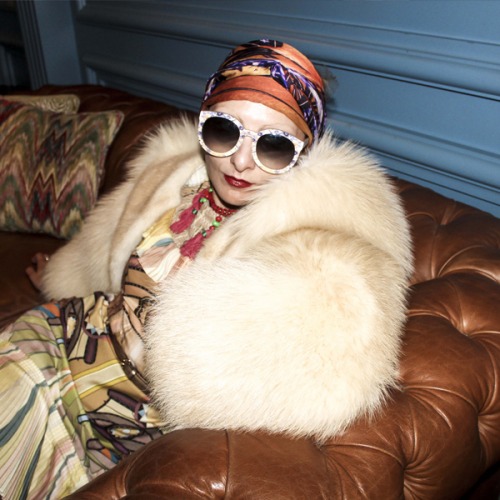 WEEKEND GETAWAY ON AN ISLAND: MALTA 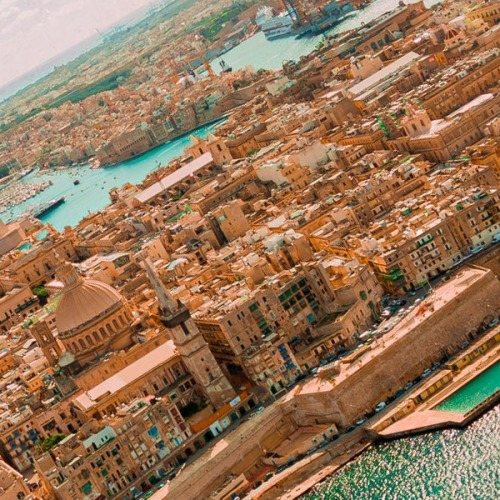 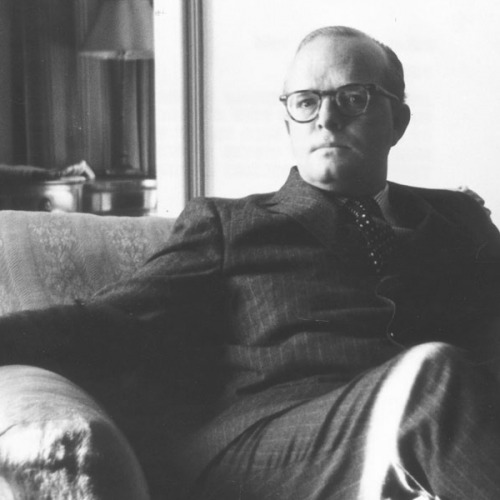 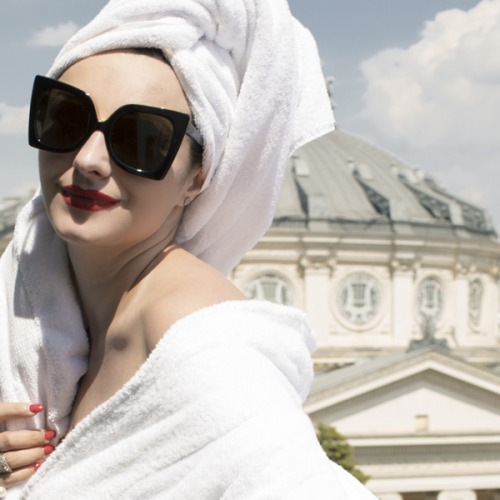 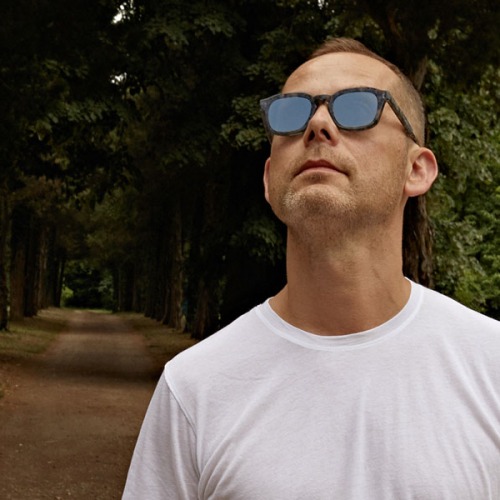 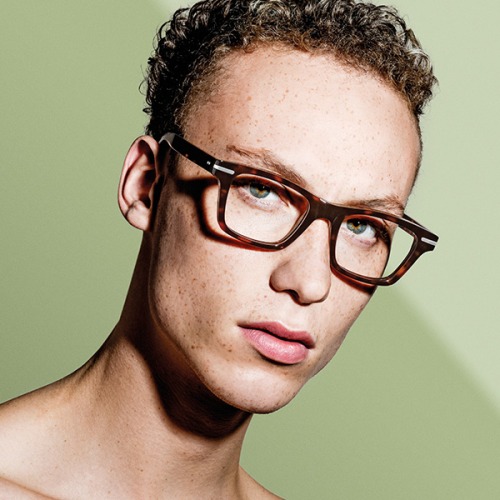